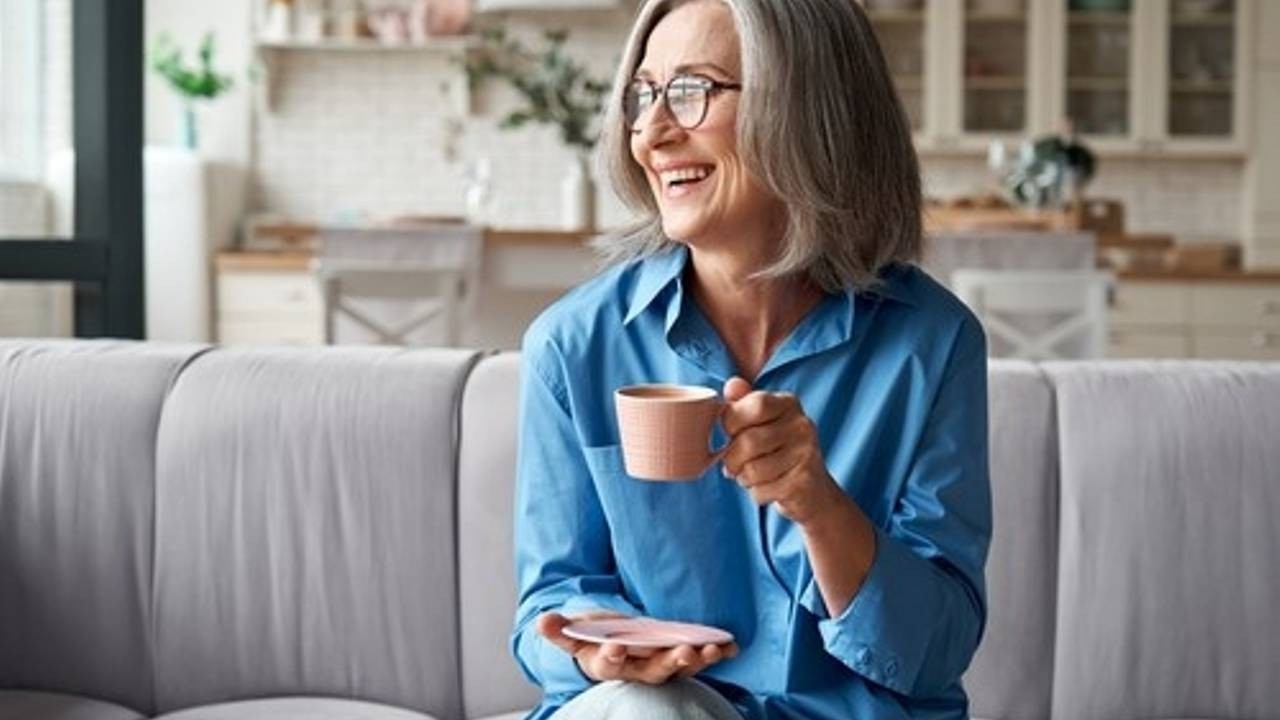 For most women, menopause is a relief. After potentially years maybe even a decade of peri-menopause and its related symptoms of hormonal imbalance, such as hot flushes, night sweats, insomnia, anxiety, etc. The actual day that is 12 months after your last menstrual bleed is your official menopause moment. But menopause is just a moment, as once it was passed you are now and forever in post-menopause. Congratulations you have made it to the other side.

Post-menopause has the potential to be the longest phase in a women’s life. For the majority of women, it’s the calm after the storm. Symptoms gradually disappear on their own and most are symptom-free within the next 2 years. There are many things to look forward to in this stage of life. The British Office for National Statistics discovered the happiest women are aged between 65-79. While we are discussing British research my favourite finding was from the English Longitudinal Study of Ageing, which found that women in their 80’s have the best sex! It was reported they found sex more emotionally fulfilling at this stage of life. Love it!

Unfortunately, there are 2 subsets of women that don’t follow this path.

The first group stops menstruating but their symptoms remain unchanged.

The second group of women generally didn’t struggle in perimenopause and the transition into menopause wasn’t particularly difficult but their symptoms started after the 2-year post-menopause mark.

For the first group of women who started having symptoms and remained symptomatic throughout the entire journey. I would consider what is happening with their hormone production and hormone receptor function. Going through menopause your ovarian production of hormones slow but other parts of your body help pick up the slack.  The adrenal glands produce hormonal precursors such as androstenedione and DHEA which are converted to estrogen and testosterone by the aromatase enzyme found in adipose/ fat tissue. Body mass plays a big role in this conversion. If you are underweight this conversion can’t happen and you are missing out on this source of sex hormones. As these sex hormone precursors are produced by the adrenal glands. It is very important to consider the role of your adrenal health. As the adrenal gland's main job is to produce your stress hormones, if you are chronically stressed, you may wear out your adrenals and they may not be able to keep up with the production demands of sex hormones precursors. Another problem is that high levels of stress hormones are independent causes of hot flushes and night sweats.

As we age our hormone receptors are less likely to optimally function. Hormones need nutritional cofactors in order to bind to the receptor and if your diet has been less than optimal you may be deficient in some of these very important nutrients like Zinc, Magnesium, Vitamin A, Iodine, and B vitamins. The other problem is the longer we are on earth, the more likely we are to have encountered hormone receptor blockers. These toxins block hormones from being accepted by the receptor, a few examples of receptor blockers include environmental pollutants like xenoestrogens - plastics, fragrances, pesticides, toxic metals, etc. Click here to learn more Healthy Homes for Healthy Hormones

If you are still experiencing menopause symptoms years later, it's time for a deep dive into your health. I would explore these areas:

Now our second group of women had an easier transition but their health concerns started later on. In this group, I would be looking outside the square to see what else could be causing their symptoms. Did they have a recent stressful event? Is their thyroid functioning optimally, could be they be an undiagnosed diabetic? Has she been exposed to toxic substances that have blocked her hormone receptors? It's also worth ruling out various cancers.

For all women there are a handful of concerns that can be exasperated in post menopause, these include:

*Genitourinary syndrome: vaginal dryness, urinary tract infections, incontinence, and prolapse. My first port of call for my women with this as a major concern is a trip to see a women's health pelvic physiotherapist.

* Osteoporosis. If you haven’t had a baseline DEXA scan yet, go get one! The earlier you start looking after your bone the better. Listen to podcast episode 17 on bone health or read this. Bone health in menopause and beyond

But the one warning sign I want you to take very seriously is post-menopausal bleeds. If you start having a menstrual-like bleed in post-menopause, it's very important that you get this checked with your doctor.

I see post-menopause as the end of a chapter and the beginning of a new one. This new chapter has the potential to be filled with health and happiness and you deserve to have a quality life.

So if you are struggling now the roller coaster ride is supposed to be over, reach out. My passion is to take a deep dive and find the underlying cause of symptoms so you have the best chance of turning your health around permanently. Consultations

Preparation for the Menopausal Transition
blood sugar bone hormone muscle test thyroid
Jun 29, 2022
GUT Hormone Connection
digestion
Jun 16, 2022
What does the Vagus Nerve have to do with Menopause?
lifestyle stress
May 31, 2022