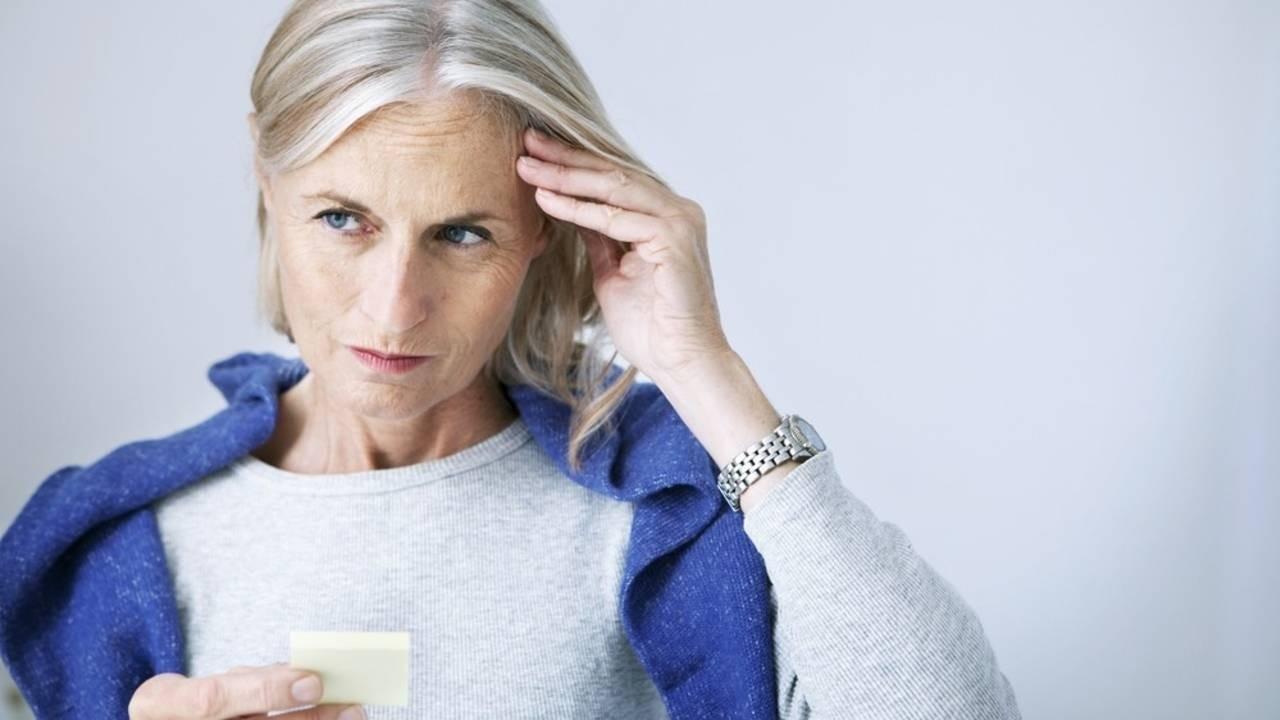 Ever wondered why memory loss is sometimes associated with the menopausal transition?

It's because estrogen stimulates the growth of new neurons (brain cells), it strengthens dendrites and synapses (which are critical in transporting information), regulates neurotransmitters and improves brain circulation.

Memory issues at peri-menopause isn’t dementia, it's simply the brain not coping well with the fluctuating hormone levels. It's temporary and can be improved!

The brain has many enemies and today we will discuss how improving the brains general function will help it cope better during your hormonal transition.

Regardless of whether you are working in a high-pressure job or enjoying retired life most of us could do with a little more brainpower. Common complaints about brain function include not being able to find words, forgetting people name, forgetting appointments, losing your train of thought, feeling overwhelmed with decision making, etc. Not fun times. Let’s see what we can do to improve this.

But before we get too far I wanted to explain 2 main molecules to watch out for. These are Beta-Amyloid Plaque and Tau Tangles. These are linked with dementia, not menopause.

Beta-Amyloid is produced and eliminated in the brain every day. (It’s released when synapses fire between nerve cells.) The trouble comes when the brain accumulates too much or can’t eliminate it fast enough and they start to clump together. These clumps are called beta-amyloid plaques. These plagues prevent messages from being sent across the synapses and causes neuron (brain cell) death.

Tau Tangles are also a part of normal everyday brain function. They can help smooth the way for the transmission of signals along the axons and dendrites (these are protrusions that connect the networks of neurons together). Under certain conditions these can accumulate and become misshapen and toxic, causing messages to get lost in the brain and communication pathways to be shut off inflamed or die prematurely.

* Alcohol (Caution this may increase hot flushes.) Moderate drinkers (that is 1 standard drink daily for females) have a 37% reduced risk of Alzheimer’s than non-drinkers. But drinking more than this doubles the risk. Heavy drinkers account for more than 10% of all dementia cases.

* Cinnamon reactivates insulin and decreases insulin resistance. It also blocks and destroys the formation of filaments associated with Alzheimer’s.

* Curry. Indians have the world’s lowest rate of Alzheimer’s. Researchers put this down to the amount of turmeric consumed in their daily diet. Turmeric acts as an anti-inflammatory and antioxidant agent, it blocks the buildup of amyloid plaques and it disintegrates current plagues. Eat yellow curries, as red and green do not contain turmeric.

* Increase foods that contain B3 (Niacin) as they prolong the life of brain cells. Food sources include tuna, chicken, turkey, salmon, and sardines.

* Olive oil as it is an antioxidant and stabilizes the membranes of brain cells. It contains a compound called oleocanthal which prevents the production of beta-amyloid plaques and prevents existing plaques from attaching to nerve cell synapses.

* Tea especially green tea has been shown to reduce cognitive loss by blocking beta-amyloid plaque production and chelating and removing excess iron from your brain.

Food to reduce, to save your brain

* SUGAR! It’s essential to balance your blood sugar levels. Alzheimer’s has also been called “Diabetes of the brain!” or type 3 diabetes. High blood sugar levels and insulin resistance cause death to your delicate brain cells. A low sugar diet can drop levels of beta-amyloid by 25%

* Reduce carbohydrates especially grains. Low carb diets result in less beta-amyloid deposits. Giving them a greater than 50% reduced risk of Alzheimer’s. While we are on the subject of grain, avoid Gluten. There is a very strong link between undiagnosed Celiac disease and Alzheimer’s. A gluten-free diet in these cases often reverses cognitive dysfunction. If you or a loved one are having cognitive issues and digestive issues its best to test for Celiac. In the past Celiac was thought of as a childhood condition, these days the number of adults being diagnosed is dramatically on the increase.

* Avoid bad fats. As they can increase the risk of Alzheimer’s by 4 times. These fats strangle brain cells, stiffen and shrivel membranes, stunt dendritic cells, dry up neurotransmitters (which are needed for memory storage) and increase toxic beta-amyloid plaques. Bad fats include anything deep-fried or processed.

* Balance. A decline in physical balance is one of the first signs of future dementia. Good balance equals a 3 times reduced risk of cognitive issues. The test is if you can stand on one leg for greater than 30 seconds with eyes open and arms crossed over the chest. If you can’t do this chiropractic treatment may help, as may B12 supplementation and exercise.

* Exercise increases BDNF (brain-derived neurotrophic factor) otherwise known as “the master molecule of the learning process”. It stimulates the growth and survival of new brain cells. BDNF naturally reduces as we age causing a reduction in memory and cognition. Exercise increases brain function in general by improving blood flow to the brain and promotions the production of new brain cells. The best type of exercise to improve cognitive function is aerobic exercise, combined with resistance exercise. An hour x 3 a week or ½ hour x 5 a week is ideal.

* Join a book club or start a writing course. Reading, writing and stimulating group discussions are all powerful ways to boost your brain function.

* Meditation. People who meditate regularly tend to retain more gray matter in their brain. This has been shown to help sustain attention and suffer less cognitive decline with age.

* Women with higher self-esteem and more control over their life have been shown to have less cognitive issues.

* Having self- discipline, being goal-directed, dependable, careful, precise, orderly, detail-oriented, etc. If this is you, you are less likely to develop Alzheimer’s.

* Maintain your heart health, high blood pressure has been implicated in cognitive defects later on.

* Seek help for depression; depression can be both a cause and symptom of cognitive dysfunction. Fretting, getting upset, being stressed out or in a low mood may also damage an aging brain.

* Get a higher education and continually learning stimulates your brain. Studying encourages concentration, focus and reading stimulates brain cells to build better connection, which over a lifetime can prevent against cognitive decline.

* Avoid environmental toxins. Chronic exposure to environmental toxins can increase the risk of age-related memory impairments. We have all been exposed to some level and if you are interested in finding out how contaminated you are consider doing a hair tissue mineral analysis (HTMA) to detect how high your levels of toxic metals are and a GPL tox test to look at your chemical concentrations or a mycotox test to assess mould and mycotoxin exposure.

* Check your eyes. Untreated poor vision is a strong predictor of dementia. Beta-amyloid plaques can show up as unusual cataracts. The degree of cell death in the retina mimics that in the brain.

* Google something. Surfing the net exercises your brain. It is a demanding exercise that forces you to make multiple decisions as you click through. Such constant decision making engages important cognitive circuits in your brain. Mental activity, like physical activity, strengthens your brain.

* There is a correlation between cold sore outbreaks on the face (not the genitals) and increased beta-amyloid plaque build-up in the brain. If you suffer from cold sores, take action to reduce the incidents of outbreaks such as taking zinc and lysine.

* Learn a second or third language. Handling more than one language constantly exercises the brain and helps counter dementia in later life.

* Get out in nature, interacting with nature had similar effects on the brain as meditating, that is it increased attention and short term memory.

* Do something new. Having new experiences stimulates dendrite growth in nerve cells and therefore expanded the brain's volume.

* Switch off the TV. Television viewing is the most dangerous leisure activity we have in our modern society. As it switches off your brain. For every hour a day, you watch TV your risk of Alzheimer’s jumps by 30%.

* Be in the healthy weight range. Excess weight is anti-inflammatory and an inflamed brain makes it more vulnerable to cognitive decline.

* Treat sleep apnea. During an acute apnea episode, brain vessels constrict, starving nerve cells of oxygen and causing them to die and the brain to shrink. This process triggers extra inflammation and further neuron death.

* Quit smoking! It doubles your risk of cognitive issues.

* Gene test for Alzheimer’s is APOE4. People with this gene are more likely to get the disease earlier and more severely. But not everyone with this gene develops Alzheimer’s, if you have it, make a conscious effort to make as many of the changes as possible.

* Blood sugar and insulin levels due to the link with unbalanced blood glucose levels and Alzheimer's.

* Blood Pressure - high BP damages your brain and increases your risk of stroke.

* Homocysteine (high homocysteine predicts age-related memory loss, dementia and Alzheimer’s. It’s also an indication you are not correctly methylating your B vitamins. Homocysteine ideally will be under 8.

* B vitamins, especially B12. B12 is protective of the brain, aim for the very top end of the reference range

* Vitamin D. This one is really important as low vitamin D increases your chances of dementia by 394%! It works via the immune system by encouraging macrophages to remove beta-amyloid plaques. Again aim for the highest end of the range

* HTMA (hair tissue mineral analysis) and GPL tox to investigate for environmental toxicity. I’d also add a Glycosate panel to the GPL tox. Unfortunately, this nasty chemical is sprayed all over our foods and in our parklands, its a serious neurotoxin, that is banned in parts of the world but not Australia or the US.

* It's important to test for Sleep apnea and treat if indicated as sleep is important for consolidation of memory. Sleep deprivation increases amyloid plaque deposited by 25%.

* Eye check-up - as mentioned before untreated poor vision may be associated with dementia.

* Dental check-up, as tooth and gum disease has been linked with memory issues.

Supplements for brain health include:

* B vitamins: B3 Prevents memory failure by preventing and removing tau tangles. It also strengthens cellular scaffolding that carries information and prolongs neuron life. B6 has been found to boost memory. B9 reduces age-related damage and increases the brain's ability to self-repair. It also reduces homocysteine (a blood factor that damages the DNA of brain cells) B12 deficiency shrinks your brain by breaking apart the myelin sheath (a fatty protective layer around the nerves); it increases homocysteine and triggers inflammation. Symptoms can include brain fog, confusion, personality changes, mood swings, loss of balance, etc.

* Habitual multi-vitamin takers were found to have longer telomeres (telomeres indicate how fast a person is aging biologically) Best to get a high antioxidant formula with increased levels of Resveratrol, Vitamin C, E, and minerals Selenium and Zinc.

If you are looking for further information I highly recommend the book "100 Simple steps to prevent Alzheimer's and age-related memory loss" written by researcher and best selling author Jean Carper. It is an easy to read book, that is filled with more nuggets of gold, backed by research to help improve your cognition.